About a month ago I posted an entry about my first baby photo shoot. I learned a lot during the first shoot and past week it was time to see how my second shoot  would go.

Before the photo shoot I tried to get as much information as possible about the flat we were going to shoot the pictures in. The mother said the living room was not very big but that the furniture could be moved around anyway we wanted. The previous flat was not very big either so I was pretty optimistic we would have enough space. And as it turned out, there was plenty of room!

The lighting set up

First I decided to use the living room sofa as the background for the images. The options would have been the tv stand and kitchen. The sofa was the most calm background. In my previous post I thought about using a bounce flash technique, but I decided to just go with constant light again. But this time I used two falcon eye light sets, with a total of 8 40w lamps in them. 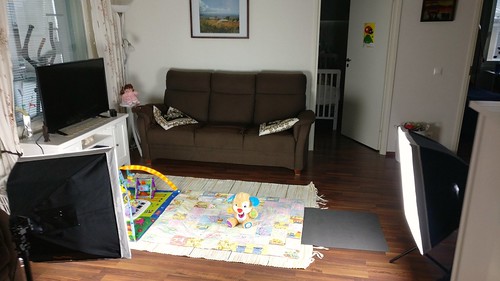 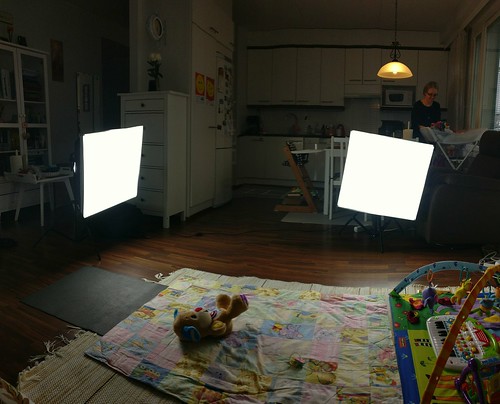 This setup allowed me to shoot with burst mode on and still have nice dual catchlights in the eyes. The additional light source and the lack of strong sideways sunlight in the previous shoot made this setup totally adequate. During the shoot I adjusted the location and distance of the left light to create a bit more depth in the face of the baby.

The shoot itself went pretty well. I was a bit worried if I had nailed enough shots with smiles and laughters because the baby got tired after a short while. But the mother did a great job in making the baby smile and laugh and we got enough pictures. In total, I took 1200 pictures, which is a couple hundred less than in the previous shoot, but still a lot. My post processing workflow had improved though and it took me only about 4 hours to pick keeper photos and do a light retouch to them. I mainly brightened up the face and eyes just a bit. Anyway, here are the photos: 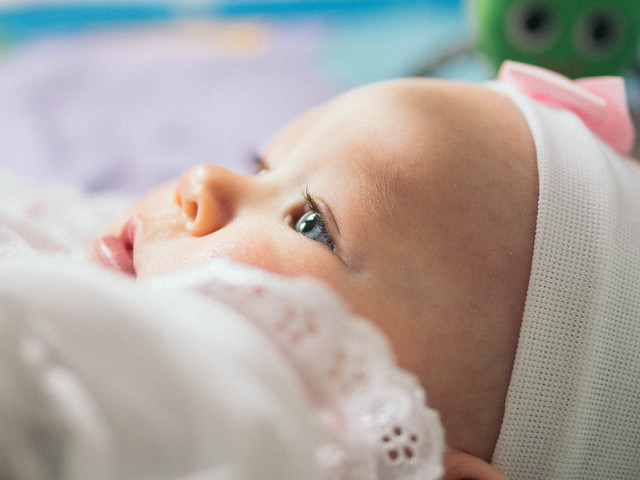 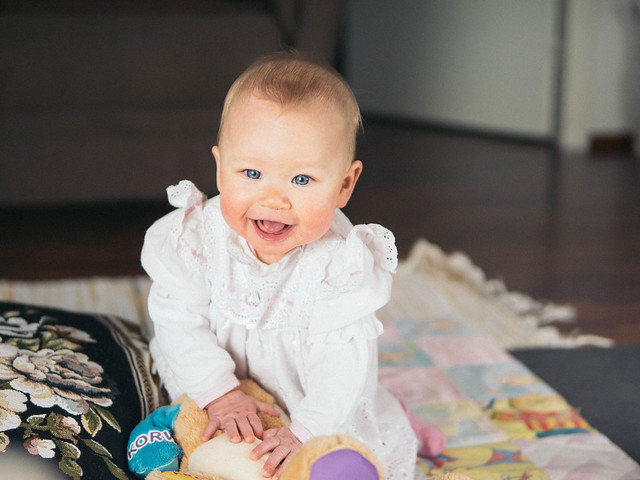 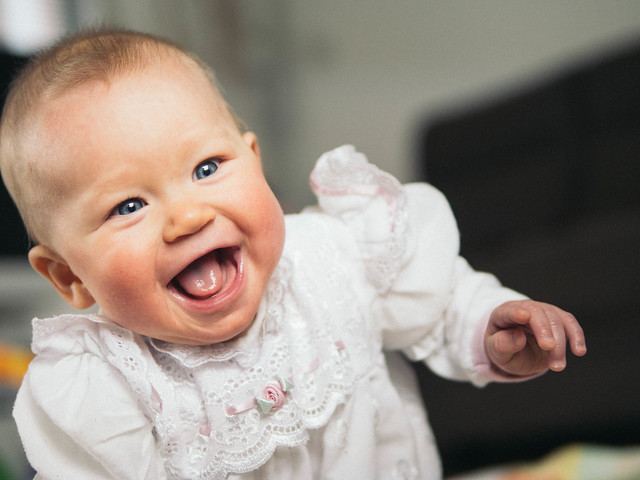 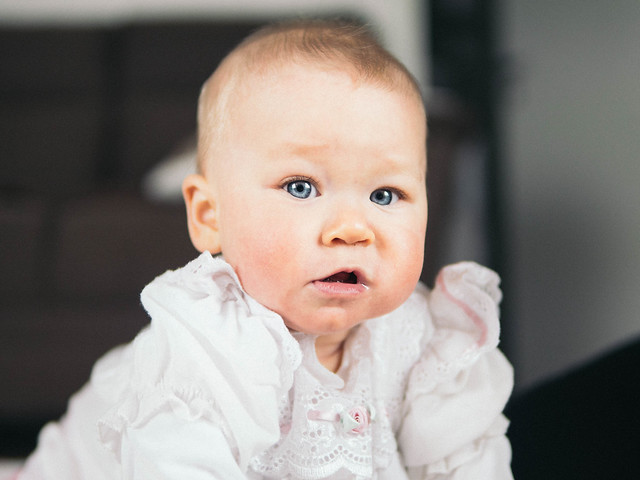 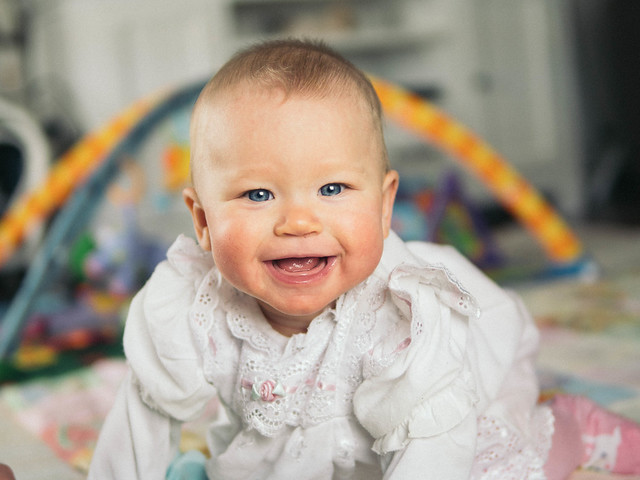 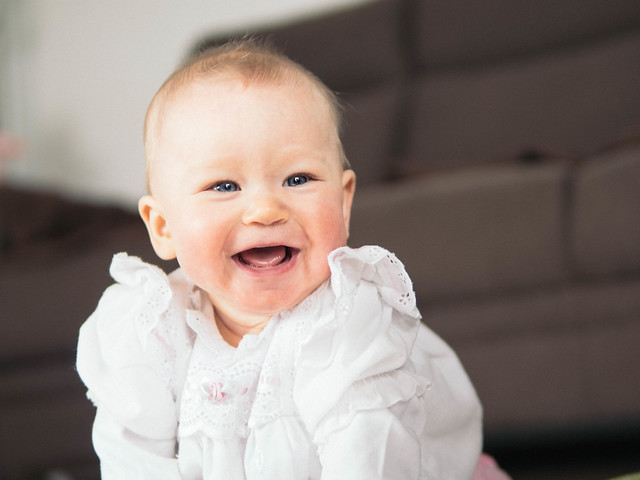 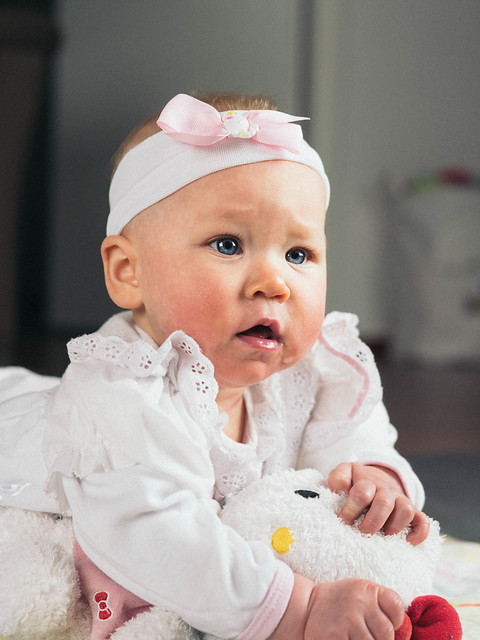 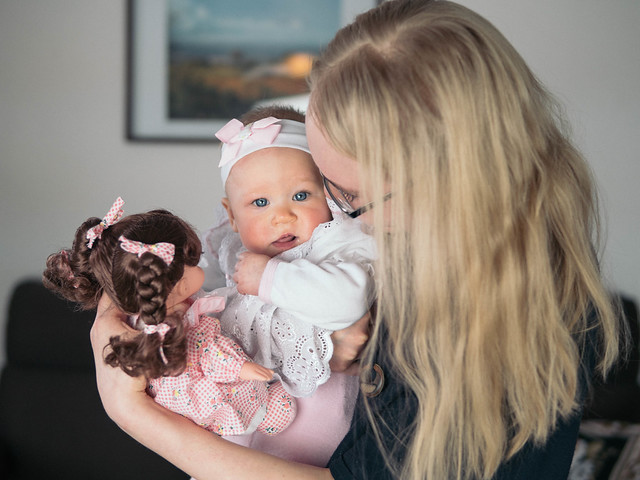 All in all, I was pleased with the results and the mother seemed happy too. If you’d like to see more pictures from the set, check my Flickr album. That’s it! Thanks for reading!