Canon Epoca, known also as Canon Photura and Canon Autoboy Jet, is an odd film camera from the 90s. The camera resembles a video camcorder and is in no way a discreet camera. But even despite its ugliness, it has a solid build quality and I liked the experience and pictures I got with it.

Canon Epoca is a product of its era

In the late 80s and early 90s camera manufacturers tried this somehow beastly approach to fixed lens premium cameras. There was Yashica Samurai X3.0 which I reviewed earlier, Olympus IZM300 and Minolta Riva Zoom 105i. A lot of manufacturers were trying out this crazy way of designing “cameras of the future”. The fad faded away in a decade and the beasts became a thing of the past.

These cameras are all very similar, offering zoom range from 38 mm to 105 mm and basic compact camera functionalities like auto exposure. There are differences, like the Samurai’s half frame (which enables 72 photos per film roll of 36) and IZM’s multiple exposure mode. The Epoca’s special feature is a waist-level finder, which I liked even though it lacks the focus confirmation leds and is even smaller and dimmer than the regular viewfinder. To activate the viewfinder, you just move the slider to uncover to waist-level finder. 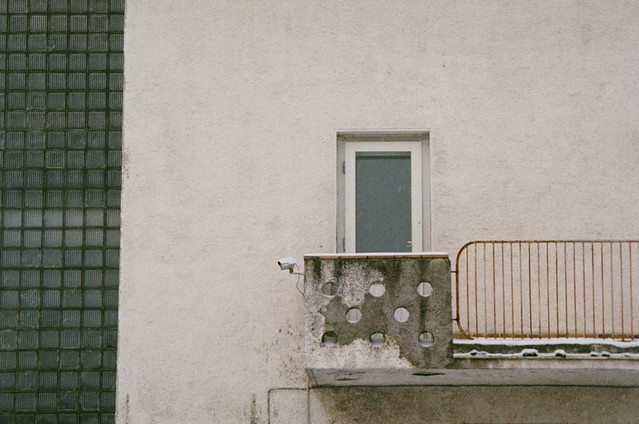 The Canon Epoca has actually pretty well designed ergonomics. You can use it single-handedly and quite sturdily at that. Zooming in and out and taking a photo is easy with one hand. Using the button that sets prefocus to infinity, setting flash and other features require a second hand though.

As mentioned before, the viewfinder is small and the waist-level finder even smaller. The regular VF has led confirmation lights for focusing. If you are trying to focus too close or focusing is unsuccessful, otherwise green light blinks red. Most often I used the waist-level VF because it provides a slightly lower POV in my pictures.

The camera is too large to carry with you without a case. The handwrap helps maintaining a good grip, but you are not going to want to carry this one around in your hand all the time. I recommend a small bag or really big pockets. My winter coat has deep enough pockets for the camera but otherwise I carried it in my bag. I felt silly walking around and shooting with this camera but now that I saw the pictures, I felt it was worth it to lug the machine with me. And this camera looks cool compared to the Olympus IZM300, which I’ll be testing also this spring.

The pictures from the Canon were pretty sharp and the reasonably wide maximum aperture enables to get some subject isolation in pictures with close enough main subject. Actually the quality is high enough for pretty much all of my purposes. It is a premium film camera so the lens is bound to be good enough. I shot a couple rolls of film with the camera. Films used were Ilford XP2 ISO400 and Fujifilm Superia ISO400. I long for DX coded ISO800 and 1600 films in the winter because it gets so dark so fast. The camera nailed the exposure of the pictures, I didn’t have to correct them in post much. I think I might even shoot a roll of slide with this camera in the summer.

Anyway, below are my pictures with the camera. 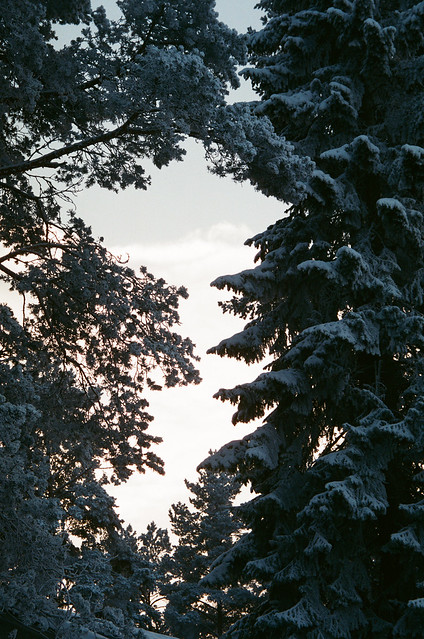 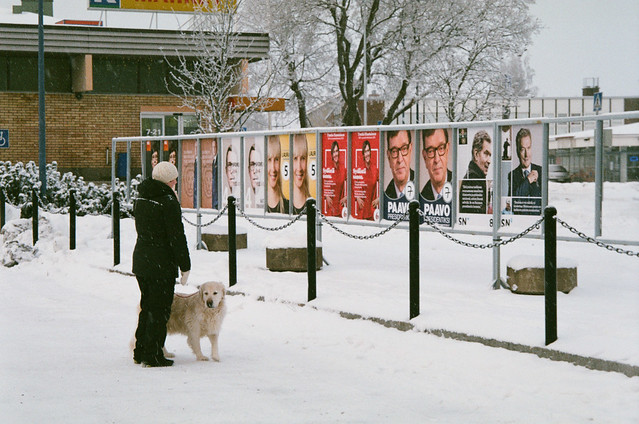 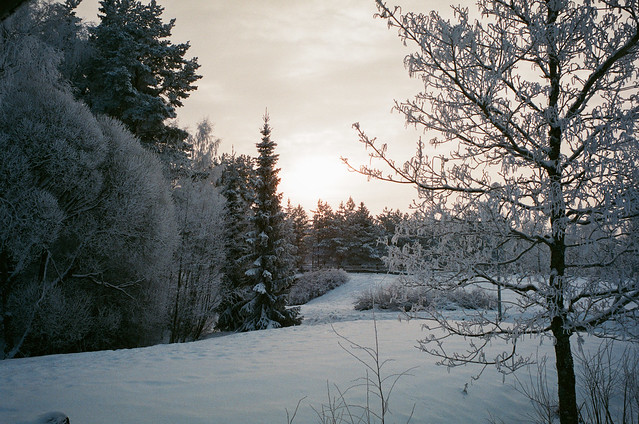 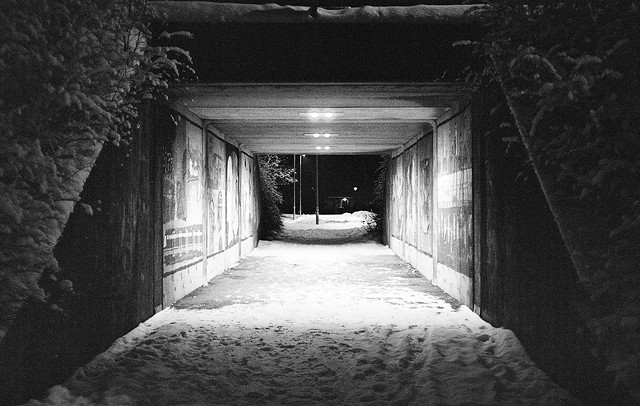 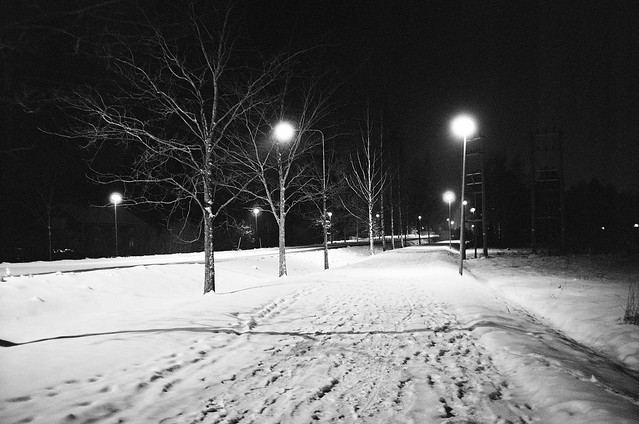 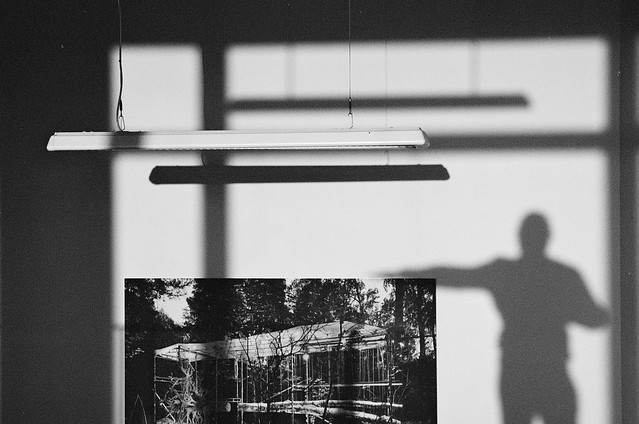 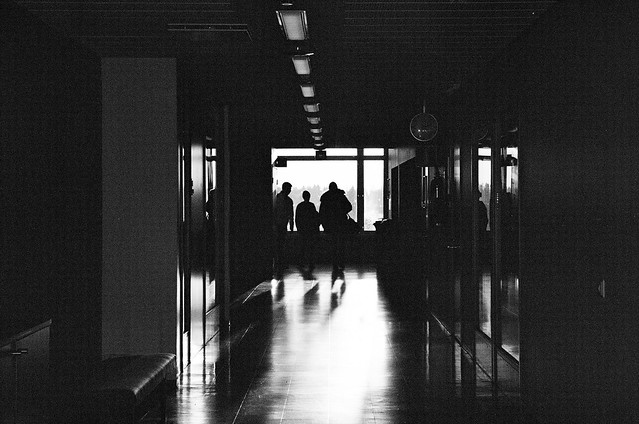 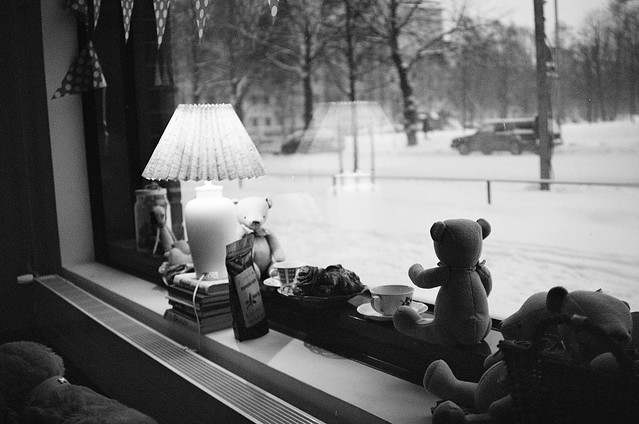 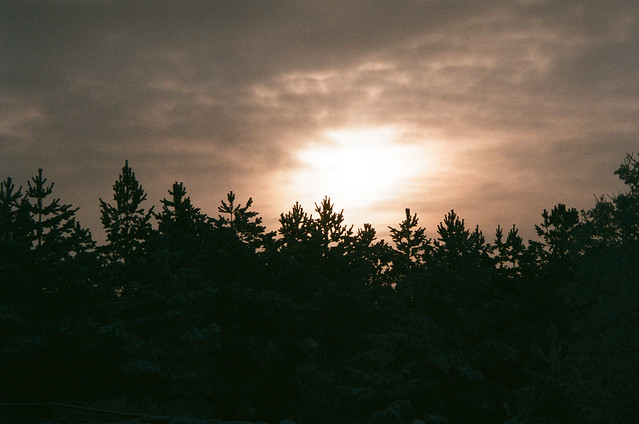 Thanks to Kameratori for the great developing and scanning, I really like the results!