Minolta Prod-20’s (with a hyphen and an apostrophe!) is an autofocus retro designed compact camera from Minolta. It was released in 1990 and was targeted to people who wanted pretty looks and automatic function.

The camera is made of aluminum and plastic and it has a 35 mm f4.5 glass lens. It looks like it has leather finish, but it is plastic. The metal parts have a matte finish that does make it much more pretty. The aesthetics are spot on. It has automatic exposure and focusing. The focusing is completely silent to an extent that I was seriously doubting it was functioning at all until I developed my first roll. You can half press but nothing seems to happen. I guess with 35mm and f4.5 you have pretty wide focus area anyways so the focusing doesn’t have a big job to do when fine-tuning itself.

The camera uses DX coding to recognise the film speed, but it can only make use of ISO 100 and ISO 400. Everything below 400 is interpreted as ISO100 and everything over is ISO400. Not very flexible, but I guess it is okay when you are aware of the functionality. The camera is super simply to use, just compose and fire away. No film cranks, just one button and a timer crank. Flash goes off automatically when the auto-exposure deems it necessary. The flash does not generate pretty images, as one might expect from a direct on-camera flash.

The shutter speed goes from 1/40th to 1/150th of a second, which is pretty okay for most scenarios.

The lens isn’t anything superb, but it can produce pleasing images with nice contrast. 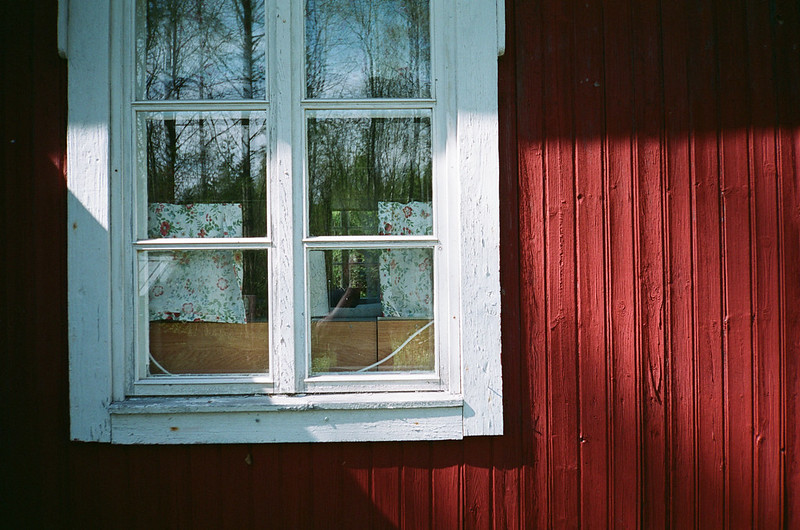 That’s it! I think I won’t be shooting any more with this camera. It feels like an accessory to carry around and not like a real camera. Maybe if I’m going to a wedding as a guest, I could bring the camera with me to go with my attire and shoot a roll or two while I’m at it.

Thanks for reading! As always, Kameratori Lab did a great job at developing and scanning the pictures.