Olympus IZM-300 or AZ-300 Superzoom is a compact camera from 1988 (30 year anniversary!). I guess these things were primarily aimed towards gearheads, who have always liked their toys. Even the (love the retro!) commercial basically says that before you will take a photo, you will want to own the camera.

What interested me the most about this camera, was its ability to do double exposures. When I was shooting my first roll, I tried shooting a couple of double exposures but when I switched to my second roll, I mostly shot single exposures. Or so I thought. But more on that later.

Here’s the spec sheet from Camera-wiki:

The lens is not very bright and my version actually has f/6.0 aperture at 105 mm. The smaller, pocketable compact super zooms had often something like f/10 at the tele end, so this isn’t that bad! And the lens is really sharp and produces great image quality as you can see from the shot below.

The camera is fun to shoot with, if you don’t mind the big size of it. I did like the Canon Epoca and Yashica Samurai more, mainly because of their brighter lenses, but this thing has pretty good albeit unorthodox user experience. It is easy to shoot with one hand, but for zooming in, you will need to use two hands. Also setting the different shooting modes (macro, flash, continuous shooting, double exposure and more) requires you to use both hands.

The build quality is good with high quality plastics. The zooming and shutter noises are loud, but the sound makes me feel confident that this camera won’t be breaking down anytime zoom. Very perky and snappy sounds.

My plan was to shoot a few double exposures for this review just to see what the results were like. But when I was switching to my second roll, something happened and I ended up placing the same roll in the camera again. So I fumbled with two rolls and something caught my attention and I ended up shooting the same roll again. Normally cameras rewind the film all the way in the cartridge but this camera leaves a tail of the film outside, so it looks like unexposed film.

A lot of the double exposure results were bad, but I did get a few happy accidents. When you normally use double exposure function, you expose the same frame twice in a row and you generally have a pretty good idea what the result will look like. But shooting the whole roll twice means that you have no idea what frame did you capture the last time around. 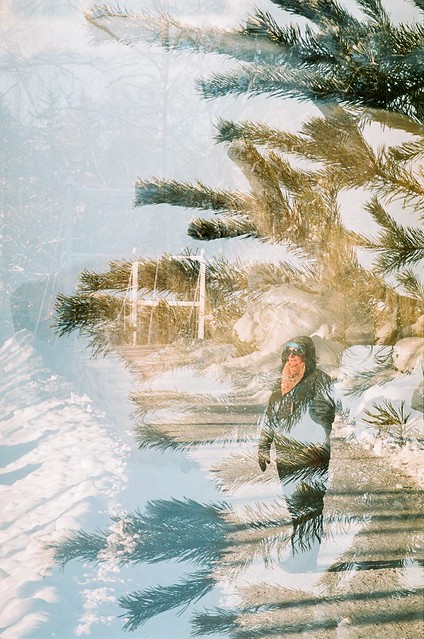 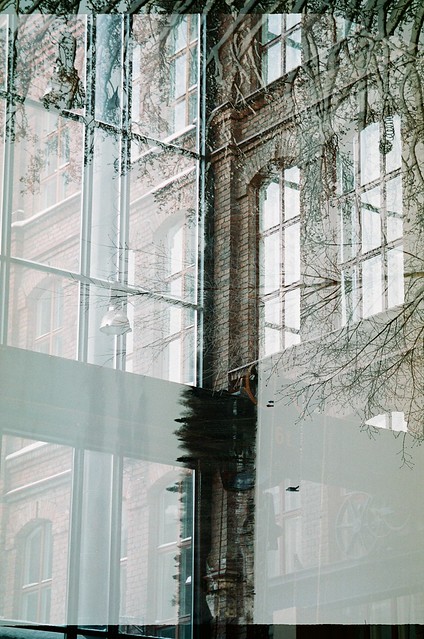 Thanks to Kameratori for the develop and scan. I love their quality. Check my Flickr page for more pictures and the less successful double exposures.