The two rolls I shot with my Ricoh TF-900 were about winter. As I’m picking up my next rolls, the world outside has stepped into the next time of year, spring. It was still -18 degree celcius this morning, but the days are beginning to be on the plus side. A few weeks ago I was shooting with my Minox clone and even though I tried to keep the camera in my pocket when not shooting, the film inside turned so rigid that the film lever mechanism broke the film. So use only high quality cameras during really cold weather.

I found the camera from a local seller through an online market place. The man said the camera had belonged to his wife who had shot maybe three rolls with it during the past 25 years. The camera was truly in mint condition and it came with a manual. When I received the camera I naturally put the model number to Youtube’s search field and found this great old ad:

The nerdy retro gadget geek inside me shouted from sheer joy when I saw that completely ridiculous teleconverter in the video. AWESOME! 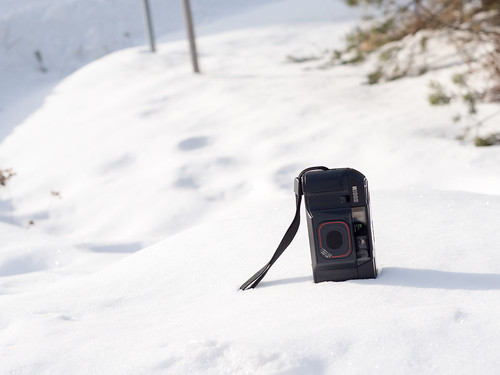 Eventhough the camera is a bit large and plasticky compared to the “best” compacts of the period, it has specs most other compact cameras do not have. The lens is a pretty standard F2.8 on the wide end 35 mm but once zoomed in to 70 mm, it dims down only to f5.6. That is pretty bright for a film compact and when you combine it with the fact that you can use ISO 1600 film with this compact, I think this is a camera which will grow in value in the coming years. Most compacts can’t make use of any film above ISO 800. I also liked using the camera, I had one other camera in testing (the one which ripped the film in the cold), but I didn’t really want to put this one down. I liked the build quality, the lcd screen on top, the pleasant user interface. Just slide the viewfinder protector over and the camera kicks in.

The Specs according to Camera-Wiki:

The telelens accessory seen in the video supposedly extends the tele range to 105 mm, though I’m not sure if the brightness will take a hit. The sharpness will surely take a hit.

I shot two rolls of film, one Portra 800 (which the camera interpreted to be ISO 1000) and one roll of Provia 100 slide film (expired in 2003). Maybe you can spot which pictures are from either roll? The Provia had a crazy blue color cast which I am not a fan of. I felt great urge to mess with the color balance of the pictures, but decided to leave the pictures as they were. If I were to create prints from them, then I might make changes to color balance. 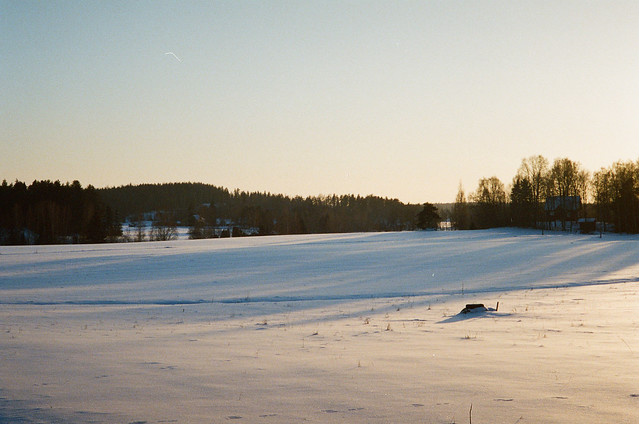 Ricoh TF-900 is a solid plastic performer that has pretty good optics. It did not do a very good job exposing the expired Provia slide, but I believe aging slide should be overexposed by a stop anyway. You can set up a two stop exposure compensation from the lcd, but nothing else. The ISO value is picked from dx coding, so unless you want to mess with that, there is no way to do a one stop correction to the exposure meter. But I liked the TF-900 and will be shooting more with it. Already shot a third roll actually, but haven’t developed it yet.

More pictures I took with the camera can be found from here. Thanks to Kameratori for develop & scan!