The Bauer Scout 35 is a rare little camera that owes a lot to Minox cameras. It looks like the popular Minox 35 ML but is actually somewhat different in design. It is more closely related to Balda CE35. Balda was a camera company based in West Germany and apparently it licensed its camera design to other brands as well. Bauer used Balda’s design and created this little gem of a camera.

A piece of history

Bauer used to be a company known for its 8 and 16 mm film cameras and optics. The founder Eugen Bauer was born in Stuttgart in 1879. in 1905, Eugen started a small factory of Repair & Manufacture of Fine Mechanical and Optical Instruments. The company first specialised in building projectors, but after the company Bosch acquired Bauer in 1932, the company started making 8 mm film cameras.

I thought Bauer tried manufacturing small form compact cameras for a little while, but I couldn’t really find information about any other Bauer compacts than this. There were a lot of 8/16 mm film cameras though. The Bauer film camera operations under Bosch were shut down in 1985 (my birth year!). The Balda CE35 was released in 1983 and this camera was based on that camera, so I think this camera was released between 1983 and 1985. Maybe it was just a one off try in a different market segment that didn’t really pay off.

The Bauer Scout 35 is a plastic camera that has a 38mm f2.8 lens. It is a folding type fully automatic camera. The lens retracts when the lid is closed. The camera then becomes super small and easily fits into jeans pocket. There are only two buttons and an ISO dial in the camera. First button is shutter and the second enables you to spool the film back when fully exposed. I don’t know about other specs, but I suspect they are a lot like Balda CE35’s. Balda’s Baldanon f2.8/38mm lens has shutter speeds ranging from f2.8/1 sec to f16/500. The camera has manual zone focus system. There is no way to confirm where the focus is, you just have to guess and use the metering scale in the lens. The Bauer has a detachable flash which I don’t own. The viewfinder has an icon which blinks when it determines flash unit would be needed. The flash unit would look like this.

I think the camera is a great little thing. The size is the best part of it, it is by far the smallest camera I have ever had. The lens is bright and it doesn’t vignette much. The lens has a nice character and it can create very pleasing pictures. 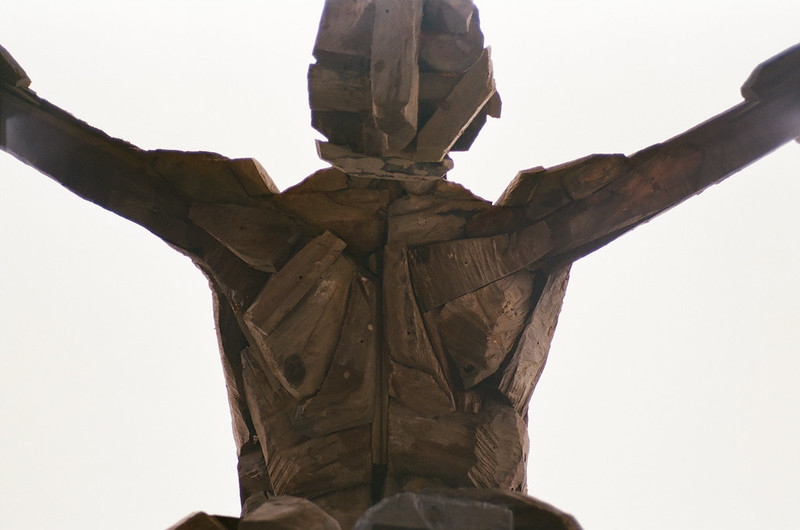 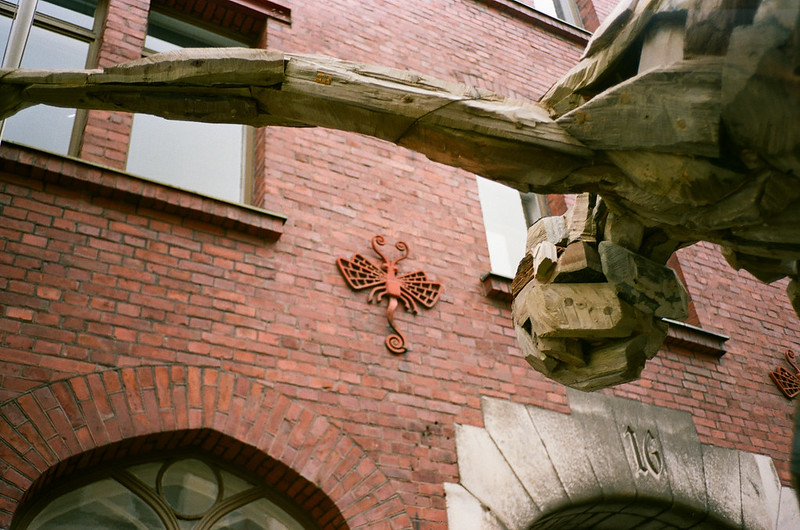 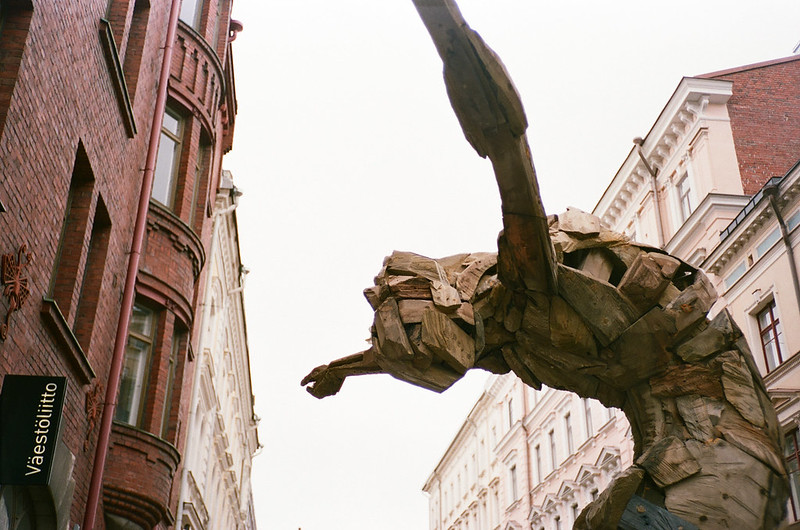 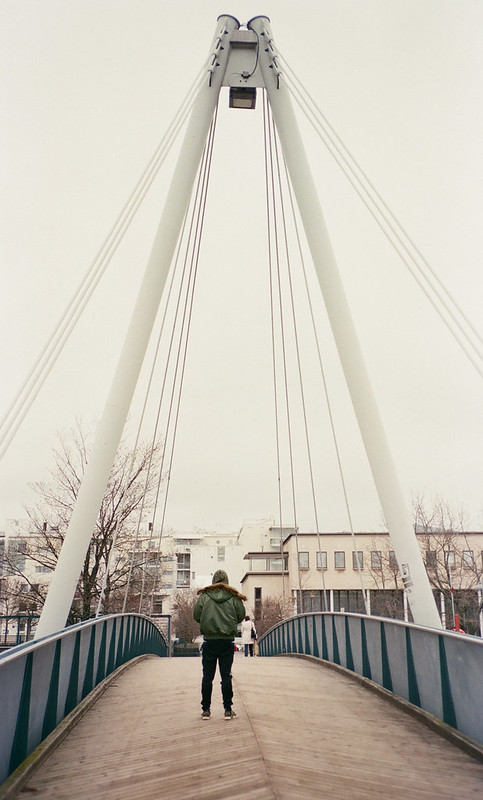 I guess there won’t be many people Googling this camera, I hadn’t heard of Bauer before and there doesn’t seem to be many of these cameras around. It is a good camera for street photography. Although there is a learning curve to nailing the focus. I like to preset the focus to 3 meters and just try to estimate when stuff is 3 meters away from the camera. Then there is a small trick you can do when shooting from the hip.

All in all, it creates good images with character and “feel”. I like the compactness, it fits anywhere and is very easy to carry around. It’s not hard to recommend it.